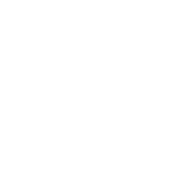 The Unlikely History of the Mercedes-Benz Sprinter Van

The Unlikely History of the Mercedes-Benz Sprinter Van

The Mercedes Sprinter van is found in virtually every country and in multiple guises. From business workhorse to luxury camper, the Sprinter has given its name to a whole new class of van.

Originating in 1869, the story of the humble Sprinter from ‘combination delivery vehicle’ to the all-singing, all-dancing model we know today. Its evolution is certainly a testimony to the brilliance of German engineering.

Read on to discover exactly how Mercedes-Benz changed the face of van technology in a way that no other manufacturer has ever managed to replicate.

A brief overview of the evolution of the Sprinter is as follows:

Today, there are four different Sprinter models on the market. These are:

These are high-spec, high-payload vehicles that have been embraced for a wide variety of different uses. Some travel the world as luxury camper vans. Others transport sick patients for ambulance services. Yet more are holding rooms for police officers when they arrest wrongdoers and, of course, a great many are tried and trusted workhorses for a huge variety of businesses.

The Sprinter has come a long way from its humble beginnings. With advantages, including brake assist, touchscreens, advanced passenger safety systems, 360-degree cameras, etc., owning and driving a Mercedes Sprinter is to be a member of an exclusive club. With the combination of performance and luxury they offer, it’s no wonder that the Sprinter has become one of the world’s favorite vans.

You rely on your van—whether it’s used for business or pleasure—making great maintenance essential for ongoing performance and reliability. At Autobahn of Boca, our Mercedes-trained engineers guarantee that your van undergoes care that’s identical to that of a main dealer—but without the sky-high costs.

Combine this expertise with exemplary customer service and it soon becomes clear why Autobahn is fast becoming the garage of choice for South Florida’s legions of Mercedes Sprinter owners.

Visit https://www.autobahnofboca.com/services/fleet-services/mercedes-sprinter-service to find out more and make an appointment today.